With a background in electronics and decades of experience working in music recording and live production, I'm able to uniquely offer consultancy and custom build electronics.

Err... what does that mean? Well, there are situations that sometimes arise in the recording environment but more often when performing live, when you find yourself saying "wouldn't it be good if someone made something that does that". You know what I'm talking about, right?

Over the years, I've seen so many musicians and engineers struggling with equipment not even aware that there's another way of doing things, that their sound could be better, that the control they want over their sound is achievable.

The number of guitar systems I've come across that are just so damn noisy, guitar sounds shrouded in dreamy effects but with no tone, bands that rely on synchronising a backing track when playing live but have no idea how to keep things stable and bass players who use effects (nothing wrong with that) but at the sacrifice of err... bass are just a few of examples of things I see (or hear) that I shouldn't!

So that's where I can help. Initially carrying out a kind of systems analysis, there are many aspects of music recording and performing which I can 'fine tune', either by advising you on what to buy to fix your issue or by designing something just for you.

Ultra clean, linear power supplies are a speciality of mine. My own guitar systems are unbelievably quiet and super reliable. So's Warren Cuccurullo's! 🙂

Here's another example of some custom stuff... A few years ago I designed a transformer which was intended for DI purposes. I wanted a really high input impedance, near flat frequency response between 20 Hz and 20 kHz and the best  phase coherency I could get, especially at the low end. OEP built a hand-full for me. Four of them went into the stage box shown providing four conventional microphone inputs and four hi-res DI inputs. 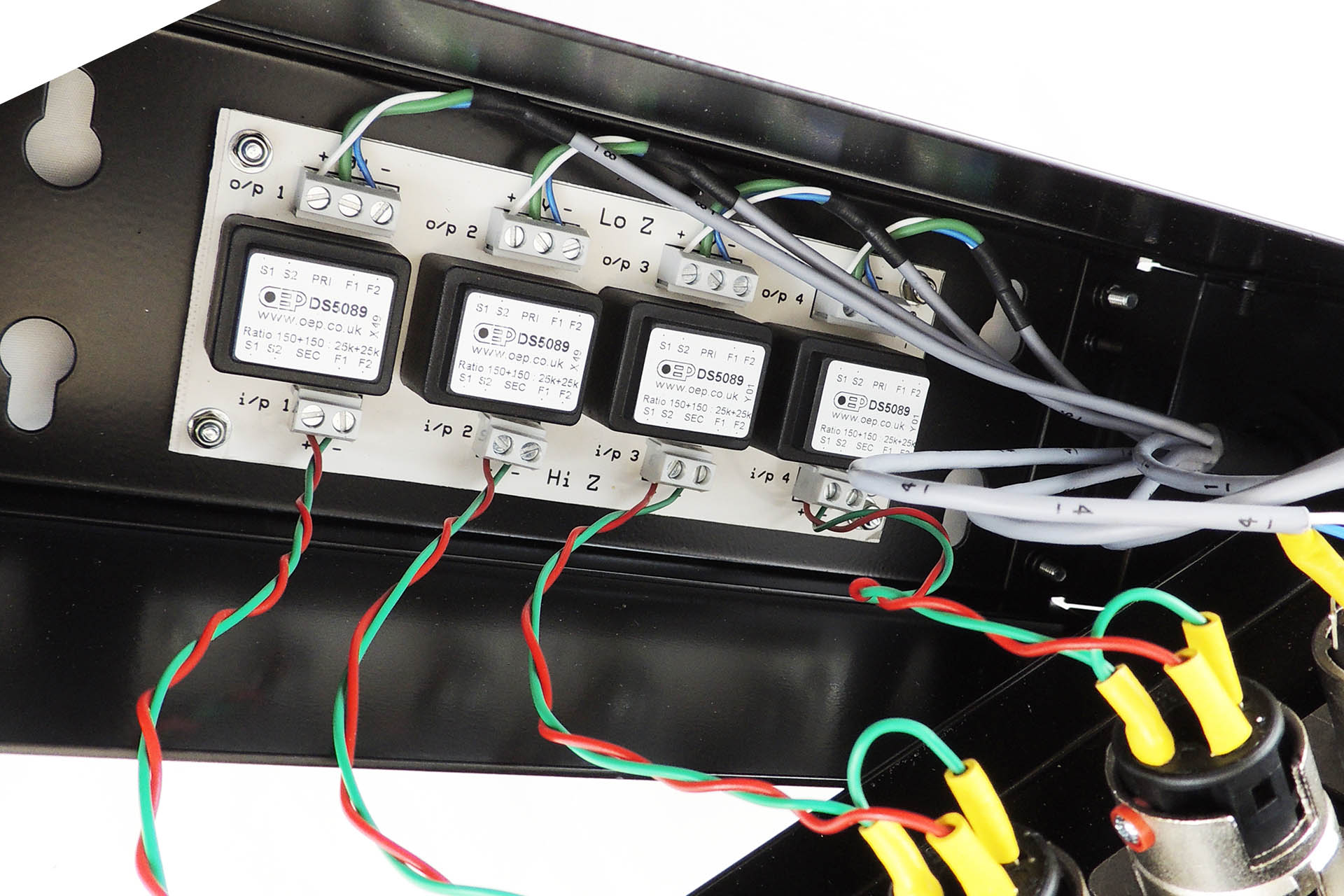 Let's face it, as musicians, we hate spending money on stuff that doesn't make a noise and yet ensuring that the foundation of the technology we use is secure, frees us up to relax and deliver a performance that others will remember.

So, got a problem, give me a ring.