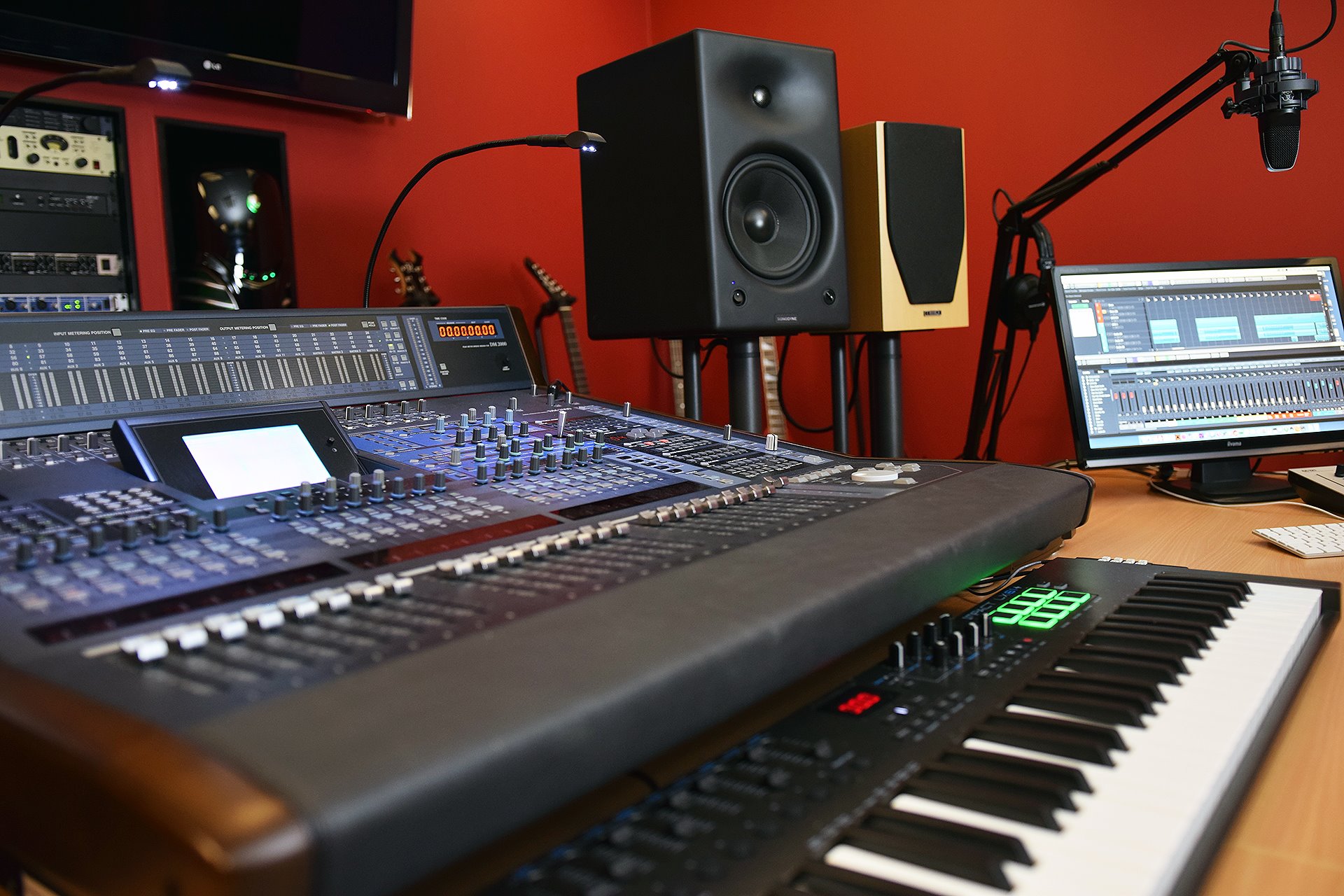 Established in 1999, Plasma Music Limited began as a home recording studio in Hertfordshire. Still based in Herts, studio operations outgrew its humble beginnings very quickly and now the studio operates from the middle of the local industrial estate.

My own musical history goes back a little further. In fact, I've been recording audio (mainly music) since 1985. Since then, I've worked with solo artists, bands, orchestras, choirs and voice-over artists and I've recorded everything from classical and medieval chamber music to dance, jazz, rock and even meditation. While I prefer the creative freedom that the recording studio can offer, over the decades, I've equally enjoyed the challenges of live recording.

Having had the privilege of working with named artists such as KISS, Def Leppard, Duran Duran, Chris Rea, Whitesnake, Bad Company and many, many more, I've had the opportunity to develop my own recording secrets which, even if I say so myself, do give me a rather unique edge.

I absolutely love what I do and feel so incredibly fortunate to be able to share the creative process of making unique music with some very special people. I never tire of seeing the faces of the artists I work with, when we play back what we've done. It's not just motivating, it's inspiring.

At some point, I'm supposed to list all the gear I use, right? Yeah, well stuff that! Why do studios feel the need to present lists of their equipment? Surely as an artist, you're more interested in what I can do with the gear as opposed to the fact that I've got it! Suffice to say that there's a lot of stuff here, including a substantial collection of microphones, synths, outboard and plug-ins.

Although the control room is virtually dead quiet, the studio also has a separate, acoustically treated, recording room from which up to eighteen lines can be run into the control room desk and recorded; great for drums! 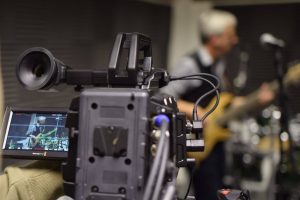 Uniquely, I also offer video recording of your performance.

Yes, that's right! Your performance can be video recorded on up to five separate cameras and we can even edit it for you, if you so choose. We'll need some notice as things need to be set up and the service is available as a separate, chargeable package.

If you have some experience, you'll notice that I've missed out the mastering process from the list of things I do. That's because I'm a bit old-school and while other studios will offer you one-stop-shopping, I'm a firm believer that someone who's quite independent of the recording process, should be given the task of mastering. There are a couple of reasons for that, the main one being that you develop different 'ears' for mixing as you do for mastering. Think about it; have you ever heard of a mastering engineer that mixes? No, of course not.

And finally... I have my own music project called Blood Groove. I can do a lot things in the studio but what I can't do is sing! Blood Groove's style is built on classic eighties rock but with a twist of nineties trance. The angle is dark and a little Gothic (21st Century Sisters of Mercy, The Cult, etc). So, if you're a singer (male or female) and if that sounds interesting to you, then please do get in contact.

Send me a message or give me a call.