My name is Alexander Bhinder. Although my passion is music, I just love anything that's artistically creative and exploits the fantastic technology we have at our disposal today, to deliver something special. As such, in early 2016, my friend Adam and I started a project, the objective being to stream artist performances live on to the Internet.

As with everything Adam and I have done over the years, we wanted this project to reflect our high standards. We wanted the best possible quality we could afford and after climbing a very steep learning curve, we bought a huge amount of seriously cool gear before training ourselves and then our awesome crew of volunteers (initially made up of close friends). 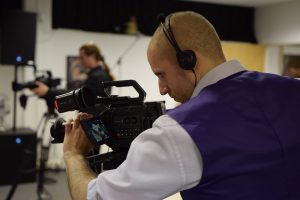 The first performances weren't actually streamed but were recorded and after editing, we uploaded high quality videos on to our You Tube channel. That first six months was spent mastering our craft and trying to iron out any bugs. Soon however, the team was confident to deliver its first live stream and for two years, we broadcast a live show on to Facebook Live, every two weeks or so. 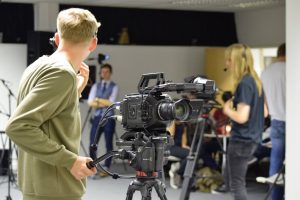 What we broadcast was of the best quality we could possibly achieve and we all had a great time doing it but after two-and-a-half years, we weren’t making any money and so, on 9th February 2019, we broadcast our last live show.

I am now selling the equipment that we bought to do this project. Most of it we bought new but some of it was bought second-hand. Whatever, it’s all been lovingly looked after and while we’ve had it, it’s never left our broadcast studio. So please do check out my sale here. You may find exactly what you're looking for at a knock-down price!

I'm also downsizing my recording studio. I've just got too much stuff. It takes a lot of looking after and quite honestly, I'd now like to spend more time with my family and my friends. This means that there's a lot more stuff in the sale than what Adam and I bought for Plasma Music TV.

While I’m writing this, I’d like to pay special tribute to all the fantastic people who helped me out with this project. So in no particular order, a warm and sincere thank you to…

I couldn't have wished for a better team. Thanks everyone.